During the prohibition of cannabis, millions of people were arrested for possession. The classification of cannabis as a Schedule I drug by the federal government disqualified any notion that it may contain medicinal properties.

For decades, it was extremely difficult for researchers to study this enigmatic plant. However, public opinion has since changed, opening the door for scientific breakthroughs.

The use of cannabidiol (CBD) oil for pain relief allows us to be less dependent on pharmaceutical companies. Still not convinced? Let’s take a closer look at the science behind cannabis and CBD.

From OTCs to CBD

As we age, lower back pain, neck soreness, and stiff hips become more noticeable. Additional, underlying conditions may also lead to pain in some form or another.

As a result, American households hold the world record for spending on over-the-counter medications.

Many of these medications can have side effects, especially when combined with prescription drugs. Is CBD a safer alternative?

The Science of Cannabis

There are 120 compounds in cannabis that have been identified. These are called cannabinoids. Each one has distinct characteristics. The most commonly known cannabinoid is delta-9-tetrahydrocannabinol, better known simply as THC.

THC is responsible for the psychoactive effects that many recreational cannabis users seek. In addition to its medicinal value, THC also causes the euphoria and giggles that characterize the ‘high’.

There is another family of cannabinoids, however. Cannabidiol, better known as CBD, has become one of the most sought after for its many medicinal effects.

The Pharmacology of CBD

Changing laws have meant that researchers have been finally able to perform studies into the very real and specific applications of cannabinoids on a number of health conditions. CBD has been singled out as a prominent area of study for a number of reasons.

CBD, like other cannabinoids, is usually absorbed either through the lungs when a vaporizer is used or through the digestive tract in the case of edibles. It then makes its way into the bloodstream where it can reach other tissues, including the brain.

Topically applied CBD, such as that found in creams, does not actually reach the blood in a significant way. However, it could have a beneficial effect on the local area as it slowly permeates.

Science is consistently proving the efficacy of CBD for chronic pain.

CBD and other cannabinoids bind to cannabinoid receptors in our bodies. These are located throughout the body. Different types of cannabinoids have a greater affinity for certain receptors.

Unlike THC, CBD does not bind to the receptor known as CB1. This is believed to cause the cannabis ‘high’. So, how does CBD treat pain?

Revealing The Truth Behind the Magic

Thousands, if not millions of people are beginning to swear by the pain-relieving effect of CBD. Could it really all be just a massive placebo effect?

A team from the Research Institute of the McGill University Health Centre studied the effects of CBD. They published their finding in the Journal of the International Association of the Study of Pain.

They noticed that CBD was more active at CB2 and other receptors involved with anxiety and pain. Specifically, CBD acts at the vanilloid TRPV1 channel which is directly involved with the sensation of pain.

CBD as An Anti-inflammatory

This can explain some of its analgesic effects but there is more. CBD and THC also treat pain by acting as an anti-inflammatory.

They inhibit inflammation by halting the synthesis of PGE-2, a prostaglandin, even more powerfully than aspirin.

Unlike other non-steroidal anti-inflammatory drugs (NSAIDs), they do no inhibit cyclo-oxygenase (COX) and do not lead to stomach ulcers.

It seems like cannabis may truly be a wonder drug. We are still finding more reasons to say the best option is CBD oil for pain management.

CBD has an inhibitory effect on the glutaminergic pathway. This is huge news for people living neuropathic pain.

Also, cannabinoids have an effect on serotonin metabolism and nerve transmission. This is significant for the treatment of trigeminal neuralgia.

Using CBD for Pain and Other Conditions

CBD are more popular than ever. They can be vaporized, eaten, drunk, and rubbed in like a lotion. You can do whatever works for you!

Many people are turning to CBD for chronic pain. However, you may be surprised to hear about all of the potential uses.

Back pain is one of, if not the most common symptoms that doctors treat. Nearly 80% of people suffer from bad back pain at some point.

There are many causes but CBD could help. 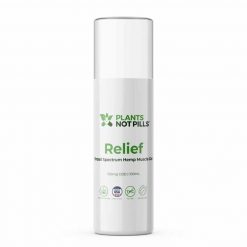 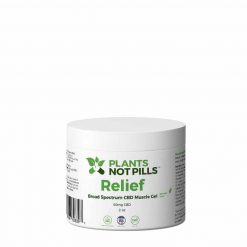 Research for CBD in the treatment of migraines is limited. However, one study did show a reduction in episodes.

Osteoarthritis is a common condition that usually affects people as they grow older due to wear and tear.

Early studies are very optimistic that CBD oil for pain due to arthritis could be very effective.

Athletes are loving CBD. It is not considered a PED by any major sporting authority.

People use it after a tough workout to help with soreness.

CBD does more than just treat pain. Studies have shown that it has great promise for the treatment of anxiety and depression.

It is also effective for nausea. Finally, some people use it daily to give an overall boost to their wellbeing.

What Can CBD Do for You?

Although there is much more to learn, science has shown that CBD oil for pain relief is effective and safe. Researchers have even demonstrated its mechanism of action but the truth is we haven’t unlocked all its secrets.

Are you interested in learning more about cannabidiol? Check out the blog for more information on everything CBD-related.