Cells have “receptors” in their membrane, which create a sort of “lock and key” connection between various chemical compounds. These connections either activate or inhibit other effects within the body.

CBD is an agonist – a substance which creates a response with various receptors. 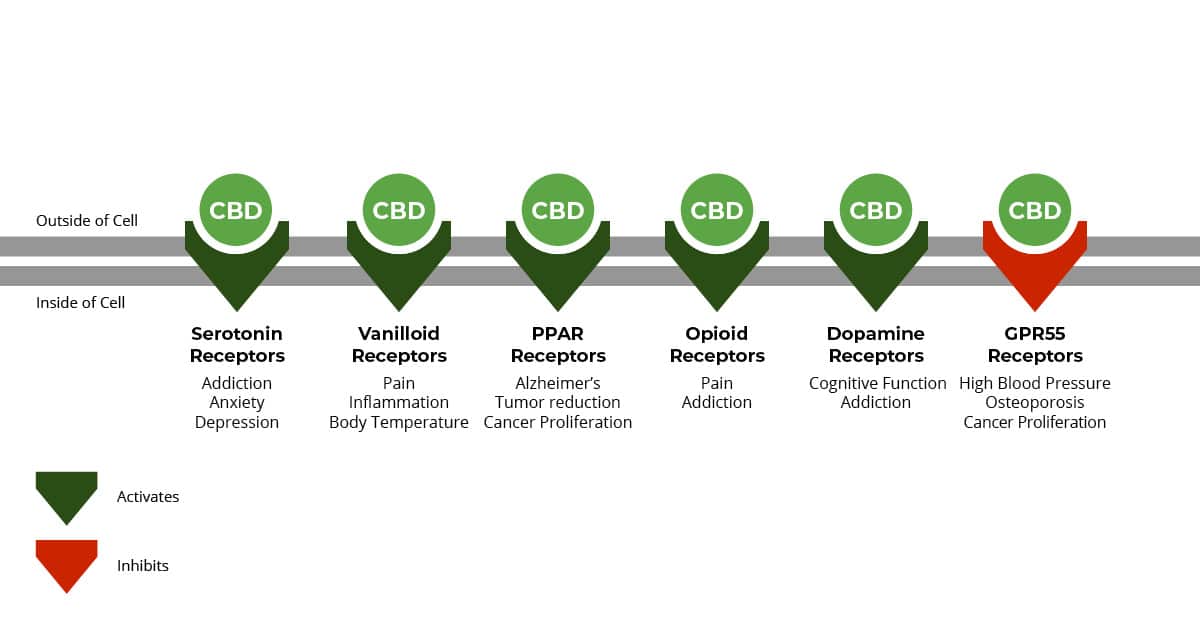 Cannabidiol has no specific affinity for CB1 or CB2 receptors, instead it acts as an antagonist (or temporary blocker) of this receptors. Due to this blockage, the cell synthesizes a greater amount of CB1 receptors, enhancing their function.

It’s also an antagonist of receptors for neurotransmitters related to aggression and stress response, without increasing the number of receptors.

It has affinity for a specific receptor for serotonin, activating similar effects to this hormone, such as antidepressant, anxiolytics and neuroprotective effects.

One thought on “What are cannabinoid receptors?”

We understand the challenging moments you are dealing with during the COVID-19 Pandemic. That’s why we’re offering 40% off all products until the end of the National Emergency declaration here in the United States.

Here’s how it works. Complete the form below and send over ID verification of your role and we will send you a promo code to your email address.