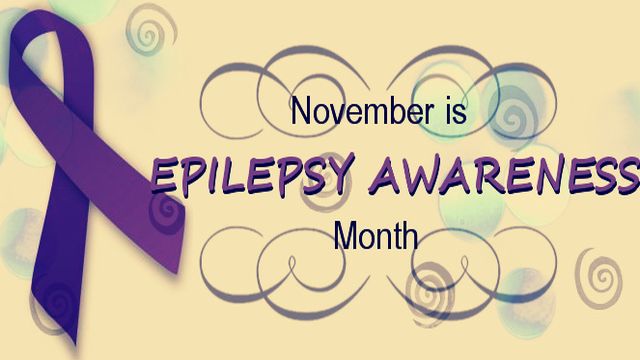 November is Epilepsy Awareness Month, a chance to spread awareness and understanding of epilepsy, a neurological disorder that affects approximately 3.4 million Americans, including 500,000 children.

Imagine the brain as a series of highways and overpasses. Each moment, in all four lobes, millions of neurons, fluids and electrical currents are whizzing to all of the body’s major systems.

People with epilepsy are prone to higher frequencies of brain activity than those without the condition.  As a consequence, sufferers experience seizures. Like much of the brain itself, the reasons for this heightened frequency of activity and resulting seizures remain a mystery. However, a series of triggers are known to provoke seizures, including:

Triggers vary from person to person as does the frequency of these seizures. In general, seizures are more frequent and common in childhood. About two-thirds of all children outgrow their seizures by the time they reach adulthood.

Seizures can last anywhere from a few seconds to 5 minutes and can be fatal. Death by seizure is known as Sudden Unexpected Death by Epilepsy (SUDEP) and occurs in approximately one in every thousand cases of epilepsy. There are several different types of seizures, each of which is characterized by different symptoms. This is because seizures stem from different parts of the brain, each one responsible for a given set of cognitive functions and senses.

Antiepileptic medications prevent seizures in approximately 70% of people who take them. These medications are daily and require strict adherence. For the remaining 30% resistant to these medications, it is common for them to suffer at least one seizure per month.

Through its modulating effect on the release and the decreased re-uptake of Gamma Amino Butyric Acid (GABA) inhibition, CBD has demonstrated the ability to reduce or even eliminate intractable seizures, therefore decreasing the risk of status epilepticus (Blair, Deshpande & DeLorenzo, 2015), (Rosenberg, Tsien, Whalley & Devinsky, 2015), (Szaflarski & Bebin, 2014) and (Devinsky, et al., 2014). Current trends in the medical use of cannabinoids and seizure treatment have shown that high CBD cannabis based oils are effective in the treatment of severe pediatric epilepsy disorders like Dravet syndrome and Lennox-Gastaut syndromes (Porter & Jacobson, 2013).  It was also reported in a qualitative study that CBD significantly improves sleep (53%), alertness (71%), and mood (63%) in children under 13 years old suffering with seizure disorders (Hussain, et al., 2015).  The cannabinoid CBN and its derivatives have shown to significantly prolonging inter-seizure periods latency in mice (Usami, et al., 1998).  It was previously reported that the use of CBN and CBC containing products could assist in the treatment of epilepsy and other seizure disorders (Yoshida, et al., 1995)

For adults and children suffering from epilepsy seeking to prevent and/or reduce epileptic symptoms through cannabinoid therapy, we recommend our THC Free Rise Oil starting at 1200 mg. In addition to offering a complete broad spectrum cannabinoid profile, this organically cultivated, non-GMO CBD oil has gotten five star feedback from many seizure sufferers as having helped to reduce and even eliminate epileptic seizures. Many clients start with the Rise 1200 mg and later increase the potency to 2400 mg.

In addition to people, a pet suffering from epileptic seizures can also benefit greatly from Plants Not Pills CBD Calmation Oil.

Whether you are treating yourself, a fellow adult, child or animal, here at Plants Not Pills CBD we always recommend starting with a lower dosage and increasing both the quantity and concentration of the oil as needed.

If you or a loved one is affected by epilepsy, we encourage you to browse our selection of CBD products at www.plantsnotpillscbd.com . Should you have any questions on what product may aid in the reduction or alleviation of a certain symptom, feel free to email hello@plantsnotpillscbd.com or call us directly at 888.247.3420